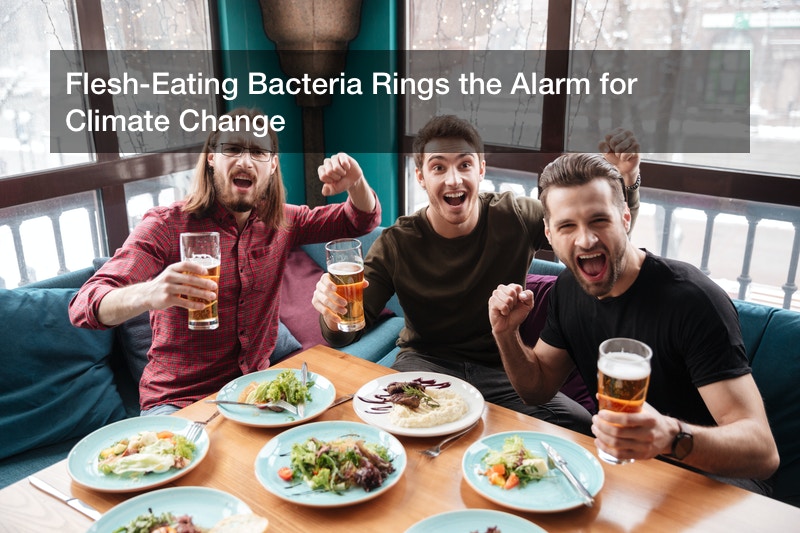 Necrotizing fasciitis is a rare condition that few people in the U.S. have ever heard of, let alone experienced. But a growing number of Americans have officially started developing this condition after its bacteria, Vibrio vulnificus has officially spread to the United States.

This rare, “flesh-eating” bacteria is typically seen in warm, brackish waters further to the south. Though it doesn’t actually eat the flesh of the person suffering from the infection, it causes the skin to die, giving it its colloquial name. While only 386 people reported the condition in 1997, this number has more than tripled to an all-time high of 1,256 cases in 2016 and this number is only growing.

People in the United States have rarely had to worry about this bacteria since it thrives in particularly salty waters exceeding temperatures of 13 degrees Celsius. However, a growing number of Americans have started contracting this infection as the bacteria spreads throughout the Gulf of Mexico.

One Florida man is currently fighting against an intense bout of the infection. So far, doctors have had to remove more than 25% of the skin on David Ireland’s body in three separate surgeries. It’s, in part, thanks to job growth in the biomedical field that such surgeries are possible in the first place.

According to scientists, the bacteria enters the body through a number of ways, most commonly through a break in the skin. However, this break doesn’t have to be a gaping wound; even something as small as a razor nick or bug bite could invite the debilitating bacteria into your body.

In some cases, victims of the bacteria haven’t even gone in the water when they contracted the infection. Gary Evans was one of the first fatalities this year after the bacteria entered his bloodstream and caused his organs to shut down. His wife Debra Mattix notes that the two of them never even entered the water.

“His hat fell off into the water a couple of times, and he picked it up, and you just laugh about it, and he put it back on his head, was that it?” Mattix asked. “Was that the entryway then? I don’t know. Could it have been when he pulled the crab traps out of the water and the breeze, some of the water sprinkled on him then? But to say we floated out in the water, no. We never got in the water.”

According to scientists tracking the spread of Vibrio vulnificus, climate change is one of the primary suspects behind its advancement. Paired with coastal urbanization which adds more nutrients into the water through run-off and Vibrio vulnificus can go just about anywhere, including the Gulf of Mexico. It’s estimated that there are more than 6,000 hospitals in the United States ready to treat patients suffering from the condition. With six confirmed cases occurring throughout the Gulf region, it’s become more important than ever to make people aware of the bacteria.

Luckily, this bacteria has only been found in ocean waters in more tropical environments. Though it’s spreading further north than previously seen, families going on a white water rafting trip don’t have to worry about contracting the bacteria in places like the Ocoee where over 200,000 people raft each year. If you’re planning one last summer romp in the water, check in with your local wildlife service to ensure your family will stay safe before the school year revs up.

Infectious disease specialists note that those who are healthy and don’t have any open wounds should have no problem entering the water. However, it’s recommended that properly cleaning and treating wounds after exiting the water is vital. If you also notice any skin irritation or signs of infections after a dip in the Gulf, seeking medical attention is strongly encouraged.