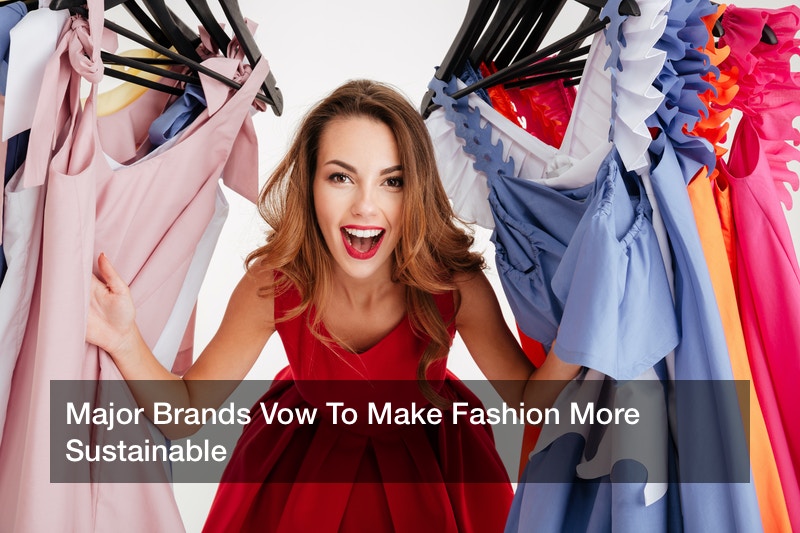 Before the annual G7 Summit took place this past weekend, a group of companies signed a pact at France’s Élysée Palace that was the first of its kind. The G7 Fashion Pact is the first serious broad-based initiative by a coalition of companies in the private sector to help end the dumping of plastics in oceans, revitalize the world’s biodiversity, and reduce global warming.

French President Emmanuel Macron and the chairman and chief executive of Kering François-Henri Pinault unveiled this plan on Aug 23. The pact boasts the signatures of 32 companies, including some of the world’s biggest names in fast fashion, activewear, luxury, and retailing. As of Aug 23, the pact’s signatories were planning to present it to the leaders from the Group of Seven nations — Canada, France, the United States, the United Kingdom, Germany, Italy, and Japan — at their annual summit.

The potential unity of these two large groups, one commercial and one regulatory, represents an important initiative. While it’s great when some of the 30.2 million small businesses in the U.S. make individual vows to improve sustainability efforts, they’re not the ones primarily affecting the environment. The recent pact could be a beneficial partnership between the organizations that most significantly impact the planet.

“Private companies, working alongside nation states, have an essential role to play in protecting the planet,” the G7 Fashion Pact statement reads.

While the G7 nations account for nearly half the world’s gross domestic product and about a third of its purchasing power, the apparel industry is one of the most lucrative around the world. The tactical and service clothing manufacturing industry alone has an average annual revenue of $947 million. By accounting for this industry sector as well as all of the others that serve broader categories of consumers, UN Climate Change predicts that textile and apparel production emissions will increase by over 60% by 2030.

The goals of the G7 Fashion Pact focus on science-based targets to help the environment. As science-based goals, they aim to reduce emissions in line with the level of decarbonization necessary to keep the increase of global temperature below two degrees Celcius. With buildings consuming about 70% of the electricity and 40% of the primary energy in the U.S. every year, a push for alternative energy sources that release fewer emissions is critical. A specific goal for the companies in the pact is to switch to 100% renewable energy across their operations.

Other sustainable goals outlined in the pact include switching to regenerative approaches to agriculture, forestry, and mining that are more friendly towards wildlife and eradicating the use of single-use plastics by 2030. While many people may think of single-use plastics as a consumer issue with objects like plastic water bottles individuals purchase to drink their recommended two liters of water every day, a significant amount of these plastics come from large companies. The pact specifies eliminating these plastics in both business-to-business and business-to-consumer packaging.

Another major feature of the pact is the prevalence of language that promotes circularity. This is a concept that encourages using recycled textiles and is heavily promoted by the Ellen MacArthur Foundation. The ultimate goal of circularity is to create a new textile economy that isn’t based on the constant production of new textiles but to reuse our existing stock to benefit businesses, society, and the environment.

To create these goals, Macron turned to Kering — the parent company of Gucci, Saint Laurent, and other high-fashion brands — to recruit companies for the Fashion Pact this past May. By tapping one of the biggest players in fashion, Macron was helping ensure that other brands would take the initiative seriously.

“We know that one company cannot solve the environmental challenges facing our planet alone and we believe in the power of collaboration to drive real change,” said Marco Gobbetti, the CEO of Burberry, in a statement.

The collaboration on this drive for sustainability is certainly going beyond luxury fashion. Companies that have signed the pact include activewear brands such as Adidas and Nike as well as fast fashion names like H&M Group and Gap Inc. The pact’s signatories also go beyond companies that serve the 158.6 million women in the United States and instead includes brands from around the globe. The names of Italian fashion house Ermenegildo Zegna, France’s La Redoute, and China’s Ruyi are on the pact as well.

While over 231 fashion companies around the world had already set science-based targets of their own before signing the pact, their signatures on this official document commit them to increase transparency and accountability across their supply chains in pursuit of these goals. That means that when these companies make efforts to reduce their contribution to the world’s annual production of polyethylene, which averages around 80 million tons, they will need the hard data that proves their written word. As they work on their own practices, they will also need to follow up on the pact’s commitment to enlisting at least 20% of the fashion industry in these initiatives.

Signing the pact has already led companies to launch their own in-house sustainability projects. Nordstrom is one such of these companies, as the department store is adding a Sustainable Style category to its website to stock 2,000 items from 90 brands, such as Patagonia and Reformation.