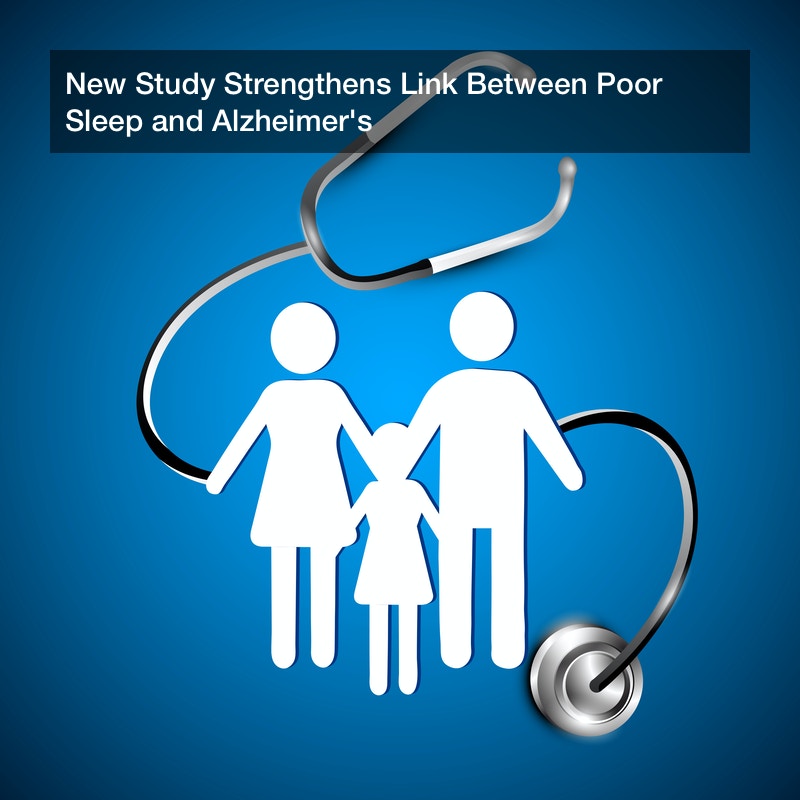 Most Americans (82%) find one extra hour of sleep at night somewhat or extremely valuable. According to a new study, fragmented sleep patterns could be an early sign of Alzheimer’s disease. These findings could potentially help doctors identify patients at risk of developing the disease.

The research was done at Washington University School of Medicine in St. Louis. Researchers found that adults with currently healthy memories who had disrupted sleep cycles also had protein buildups of a substance called amyloid plaque. This protein substance can be an early sign of Alzheimer’s.

While other studies have shown a connection between Alzheimer’s or dementia and poor sleep, this new study further strengthens that correlation. Because damage that causes Alzheimer’s-associated memory loss can begin 15 or 20 years prior to other symptoms of the disease beginning to show, this research is crucial in allowing for early detection.

The study tracked the sleep cycles of 189 cognitive healthy adults around the average age of 66. Along with tracking the sleep cycles, they analyzed their brains for Alzheimer’s-related proteins.

The majority of the participants had fairly normal sleep cycles, with 139 having no signs of amyloid protein buildup. Of those people who did have sleep problems, they could be explained by common causes like sleep apnea, which affects about 18 million Americans.

It is important to note that not all sleep issues contribute to the development of Alzheimer’s disease. In fact, some of the 46.5 million surgical procedures performed every year are to address problems such as sleep apnea. These procedures can be effective in alleviating such sleep disorders and can allow for patients to get back to a regular sleep cycle.

However, the 50 participants whose brains showed signs of Alzheimer’s-related proteins all had disrupted sleep cycles.

“It wasn’t that the people in the study were sleep-deprived,” lead study author Dr. Erik Musiek said in a statement. “But their sleep tended to be fragmented. Sleeping for eight hours at night is very different from getting eight hours of sleep in one-hour increments during daytime naps.”

To find further evidence of this link, the researchers also conducted similar studies with mice. Additional studies have found that people who sleep poorly show more signs of Alzheimer’s. So while not all sleep issues lead to Alzheimer’s, this research should motivate individuals to fix poor sleeping habits.

Unfortunately, the research does not prove whether bad sleep causes the Alzheimer’s-related protein buildup or if people whose brains are already changing have sleep issues. It’s completely possible that both of these scenarios are true. But research does show that people who have regular poor sleep could lead to a cycle of not being able to get enough rest the brain needs to stay healthy.

Researchers hope this study will lead to earlier detection of Alzheimer’s. And this research is one of many reasons people should take action if they are not getting enough sleep on a regular basis.