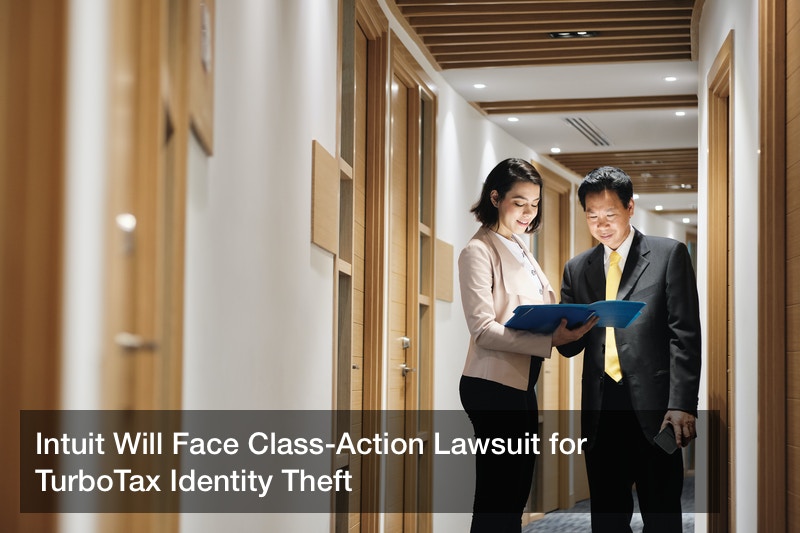 Intuit, the company behind one of the leading tax preparation services, Turbotax, is facing a class-action lawsuit. Turbotax is well-known for its free tax filing and best tax planning software and other specialized software. Two women in the Northern District of California filed the lawsuit due to cases of identity theft in relation to Turbotax. Turbotax is very popular during tax season with many users seeking out the best tax advice and proprietors use the software for small business and tax advisors. The appeal of the software to users is the fact that users don’t have to travel to a tax preparation business or consult with an accountant in doing their taxes, they can do the tax return from their own home. Turbotax claims that all users’ tax information and transmittance to their servers are completely encrypted to the highest degree of security. Intuit handles millions of users’ tax returns every year and also offers other business software such as Quickbooks and online Payroll software for small business. The lawsuit will peer into Intuit’s security and encryption measures and will shed a light on its practices.

Filed in 2015, a class action against Intuit, the maker of TurboTax, was filed against the company alleging that it allowed criminal and fraudulent tax returns to be filed in the name of its customers who expected automated advisor tax services. With absolutely free tax filing for low earners, TurboTax provided customers two channels for alternatives from accountant and tax preparer work for filing taxes, one with desktop software that connected to the Internet and the second a fully-online version that also filed electronically. Both customers input their personal information which was then transferred to Intuit’s resources for processing tax returns as well as being recorded in customer accounts.

The class action alleged that Inuit was well aware of its security weaknesses and did nothing to improve them. That translated to negligence on the part of the company to reasonably protect its customers from financial fraud. The proof was in the fact that the fraud occurred not once but multiple years with the security weakness continuing to be the primary catalyst for the problems.

The litigation continued for another three years with an increase in the number of claims. Finally, in 2018, Intuit ultimately settled with 915,000 customers affected by providing them monitoring protection. However, there was no compensation provided for any of the customers who suffered tax preparation financial losses. Not to mention, the customers still ended up having to hire accounting and tax preparation to clean up the related messes.

Intuit, the company behind TurboTax, is facing a class-action lawsuit in the wake of multiple instances of identity theft during this year’s tax season.

The lawsuit was filed by two victims of identity theft, Christine Diaz and Michelle Fugatt, on Monday, April 20 in the Northern District of California.

According to the Washington Post, Diaz hasn’t used TurboTax to file her taxes since 2011, but she received a $242 bill from the software service this past March. According to the bill, her identity was used to file federal taxes and state taxes in Michigan, Missouri, Ohio, and Oklahoma.

Fugatt also stated that she received a similar bill this past March from TurboTax, despite never having used the person tax return service before.

According to reports from the Post and Forbes, both plaintiffs filed the lawsuit claiming that Intuit didn’t do enough to prevent identity theft via TurboTax, nor did it attempt to inform the victims of these security breaches that their personal information and tax returns had been compromised.

Many Americans use TurboTax for filing personal taxes, while businesses typically seek help from professional accountants and finance management teams. (Nearly half of all small businesses reportedly spend at least 80 hours on federal taxes alone, so it’s not hard to see why most businesses would opt out of doing their own taxes.)

Granted, independent tax return services tend to offer more in terms of personal security, and consumers who are especially concerned about identity theft are often in better hands when they seek tax return help from a professional firm rather than an online software program. Nevertheless, as this case proves, it’s possible for taxpayers to be harmed by Intuit’s negligence even if they refuse to use TurboTax.

The lawsuit is still in its initial stages and nothing has been confirmed yet, but the Post states that Richard McCune, a lawyer involved in the case, is seeking to make this a class-action lawsuit so that any other victims of identity theft (via TurboTax) will be able to collect damages.

TurboTax reportedly found that 60% of all suspicious tax return forms were submitted by hackers who obtained someone’s personal information elsewhere, while 40% of suspicious claims came from hackers who broke into customers’ existing TurboTax accounts. Furthermore, the service was shut down temporarily for 24 hours this past February due to a “spike in suspicious tax returns.”

Intuit has argued that it cannot be held responsible for 100% of preventative tax fraud strategies, but it will be up to the FBI, the Department of Justice, and the U.S. Legislature to determine if the company is responsible for protecting taxpayers more than it has.

Learn how to prepare your taxes responsibly here: