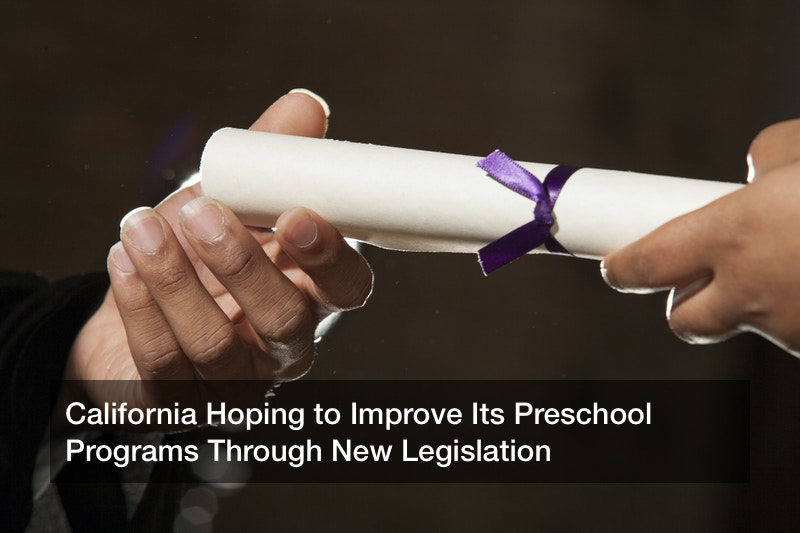 Approximately three-fourths of young children in the United States participate in a preschool program. Preschool provides a foundation for learning in both academic and social settings that will help set a child up for a successful future.

“It’s not just about literacy but also socializing them on skills such as raising their hand, taking turns, sitting in a circle, listening and following directions, and playing nicely with others,” said Dr. Saliha Afridi, Clinical Psychologist at Lighthouse Arabia.

Plus, quality preschool programs can help children reach their fitness goals, which is extremely important since less than one-third of U.S. kids reach the Sports and Fitness Industry Association’s classification of “active to a healthy level.”

Across the country, states vary in educational prowess; and California, which has lagged behind other states in early childhood education, is looking to legislative plans to help preschoolers across the state. According to Education Dive, Gov. Gavin Newsom’s plan for early education will feature a policy council to advise state leaders, encourage more input from parents, and increase pay for early educators.

Prior to this bill, the state’s program funded about 175,000 preschool slots for students who come from low-income families, costing roughly $1.2 billion. However, there weren’t nearly enough slots to cover all eligible students whose families are struggling financially. Additionally, since one-third of all U.S. adoptions happen in single-family homes, plenty of these students could use some financial assistance, especially when it comes to schooling.

The new early education plan will include the following:

“So much of what we’ve been advocating for the next four years is included in this one down payment,” added Erin Gabel, deputy director for external and governmental affairs with First 5 California, an organization that supports children birth through 5-years-old. “It’s such a concrete roadmap.”

“When addressing issues like childhood poverty, preschool matters,” added Democratic Assemblyman Kevin McCarty. “We owe it to our kids, our economy, and our future to do better. Unfortunately, thousands of California kids enter kindergarten without pre-K and they start behind and they never catch up.”

Without question, children who have access to preschool programs are much better prepared for kindergarten and beyond. In order to make California a national leader when it comes to educating the youth, passing assembly bills 123, 124, and 125 is a great first step.