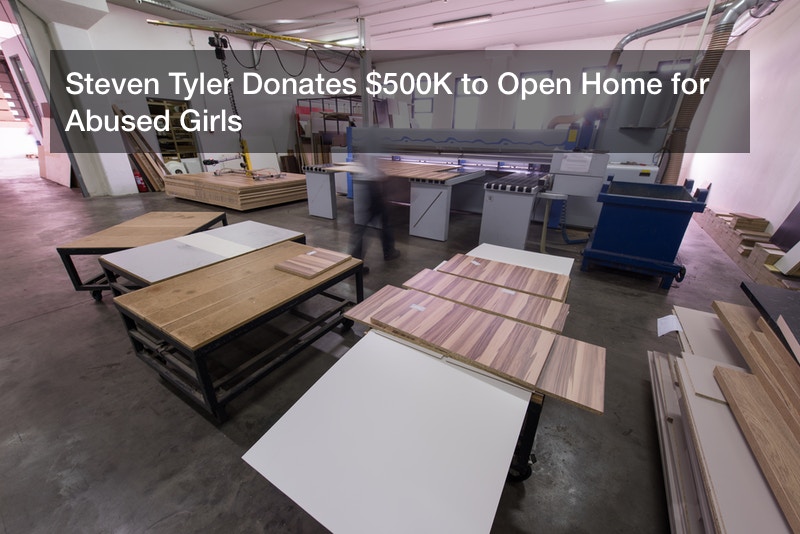 Today’s society focuses a lot on physical health problems. And while this is great for people with conditions like heart disease, which cardiac catheterization can help diagnose and treat, there are people who also have mental and emotional conditions who need help. Fortunately, more and more people are taking steps to provide support for these people as well. And one of those people is Steven Tyler of Aerosmith, who recently helped open a home for abused girls.

Tyler donated $500,000 to open Janie’s House in Memphis Tennessee. The house will offer accommodations and treatment for up to 14 girls at a time, for a total of around 30 girls every year — the goal of the house is to provide support and therapy for girls who have been neglected and abused. There are a lot of different types of abuse, like domestic violence, which is an alleged assault that occurred in a domestic relationship, and this house seeks to help girls who have dealt with all kinds of abuse.

The home will be operated and managed by Youth Villages, which is a national foundation that aims to help children deal with mental, emotional, and behavioral problems.

The frontman of Aerosmith opened up about his own struggles with addiction and said he met a lot of young women who underwent abuse while he was getting help at a treatment center.

“This does my heart and my soul good,” Tyler explained. “All the girls I met had been abused either physically, mentally, verbally, you know. At least 90 percent of them all.”

And the name of the house, which is named after Aerosmith’s hit song “Janie’s Got a Gun”, is quite fitting for its purpose. According to Tyler, the song is the story of a girl who was abused by her family and ended up turning to drugs to cope with the pain. The song was originally written after Tyler read articles about gun violence in America.

This is now the second home Tyler has helped open for abused women and girls. The first home was opened in 2017 in Atlanta, Georgia. And in addition to these homes, the rockstar also made a $532,000 donation to help American foster children once they have aged out of the foster care system.

Over the years, Tyler has raised a total of $4 million through his philanthropic organization, called Janie’s Fund, and he continues to use the money to support both existing and new organizations to help those who need it most.