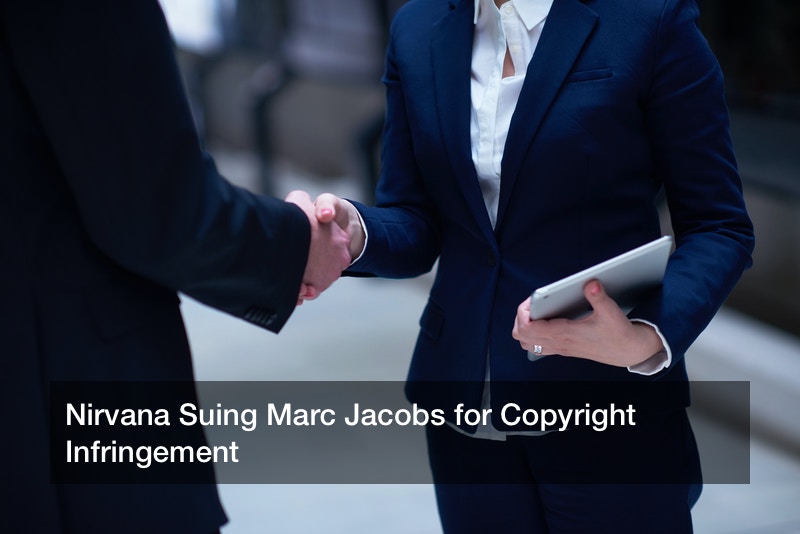 At the end of December, Nirvana filed a lawsuit against fashion designer Marc Jacobs. The basis for the legal complaint is a that Jacobs used a smiley face symbol, which is “virtually identical” to the rock band’s logo, in the Marc Jacobs Redux Grunge collection.

According to the attorneys representing the band, “Nirvana has used that copyright-protected design and logo continuously since 1992 to identify its music… A significant portion of the consuming public assumes that all goods or services that bear the logo are endorsed by or associated with Nirvana.”

Marc Jacobs also allegedly referenced Nirvana continuously throughout the marketing campaign for the new collection. This included using the band’s lyrics in advertisements and using a clip of “Smells Like Teen Spirit” in a meme posted on the designer’s Tumblr account. But the alleged meme has since been taken down.

The complaint says Nirvana is suing for “compensatory and punitive damages for the harm … caused.” The band feels that the similar design used in the collection will mislead customers, since Nirvana sells merchandise with their logo on it.

The smile face logo was designed in 1991, according to the complaint. In 1992, it was then licensed and it was registered for copyright the following year. There are numerous laws in place to protect companies against issues like copyright infringement and trade secret discrepancies, like the Defend Trade Secrets Act, which was enacted in 2016. These types of laws are meant to prevent issues like this from happening.

But according to a November 2018 statement from Jacobs, the Redux Grunge collection would consist of designs to honor the start of his designer career. In the announcement, Jacobs reportedly said that the collection would reissue pieces that he originally designed back in 1993 for Perry Ellis. At the time, the collection got him fired from Perry Ellis, which then launched his personal career.

While there are plenty of things businesses can do to improve their business operations, like the 97% of businesses choosing to use field service management software, no business is allowed to rip off work from others. And this, unfortunately, is exactly what Marc Jacobs is being accused of doing.

While no legal decision has been made yet, The Fashion Law officially announced that the lawsuit was filed in a California federal court by surviving band members Dave Grohl and Krist Novoselic, along with the estate for the late Kurt Cobain, controlled by wife Courtney Love.