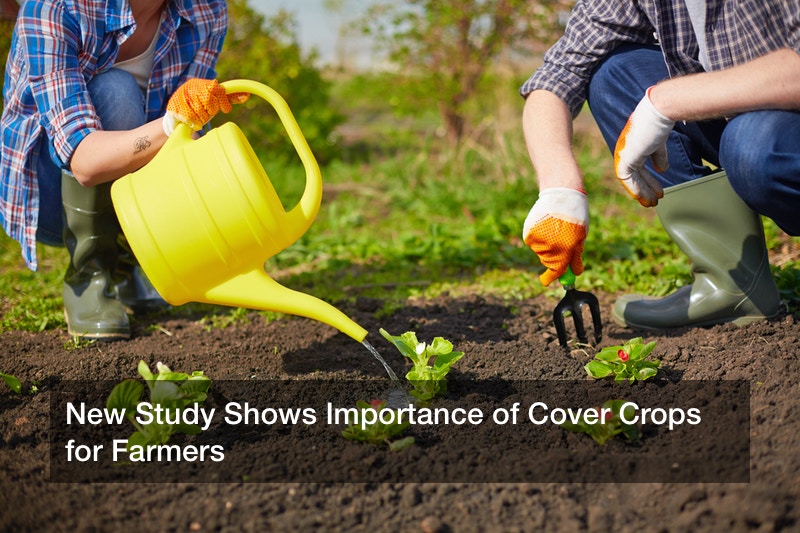 With there being more than three million farmers across the country, there are mass amounts of crops produced every year. But during off-season, there are fewer crops produced, which can be harmful to the farming industry. However, a new Environmental Working Group (EWG) investigation has found that off-season crops, or cover crops, are increasing.

Cover crops are crops like rye or oats — these products actually absorb chemical runoff that is produced from other crops like corn and soybeans. In doing this, cover crops can help preserve the soil, help keep drinking water unpolluted, and even make it so chemical inputs can be fewer during the next growing season.

Those in the farming and manufacturing industries do what they can to be more sustainable — even something like using powder coatings, which are environmentally friendly, on machines can make a big difference. Cover crops do their own part in keeping fields fertile and preventing pollution from getting into water sources.

The EWG investigation looked at cover crops in three different states: Iowa, Indiana, and Illinois. Cover crop growth was studied using satellite imagery between the 2015-16 season to the 2017-18 season.

But despite the net increase, the actual gain in crops only amounted to a very small portion of the 50 million acres of corn and soybeans in the three states. Farmers in these states need more cover crops to protect their on-season crops each season. The slow increase of cover crops is making it difficult for some farmers to keep sediment and nutrient runoff from getting into waterways.

And with the government spending millions subsidizing cover crops, farmers are beginning to wonder if they should utilize cover crops that can actually be harvested for a profit rather than being killed off in order for a traditional crop to be planted.

Terry Ward of La Porte City plans on harvesting a rye crop this June to produce food for 125 heifers — after the rye is gone, soybeans will then be planted, allowing Ward to harvest two crops from the same land within one season.

According to Ward, “We think it’s cost effective because we get a year’s worth of feed and a crop besides. We had 51 bushels per acre (of soybeans) last year, which we think is pretty good.”

The data found from the EWG study is encouraging farmers to explore different methods, like double cropping, to increase their output of cover crops.