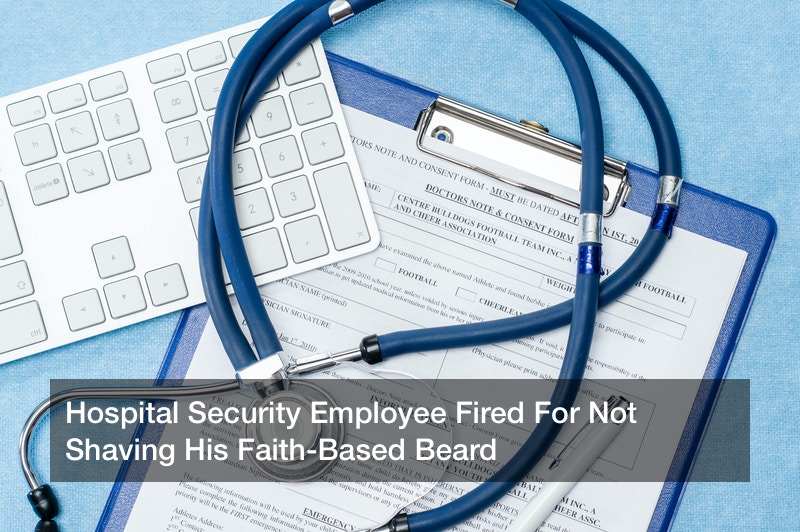 Beards have become extremely popular over the last few years. There was a time when clean shaven was the only style unless you were a cowboy — but those days are certainly in the past. Now, everyone from famous athletes, musicians, and movie stars to your next door neighbor (and even some high school kids!) have facial hair.

Additionally, many of these bearded flows aren’t just rocking beards… they are rocking beards. Though 18% of Statista survey respondents reported using beard care product every day, a lot of people have wild, straggly, and large beards. This beard can look great if you’re a closer on a major league baseball team or a country singer — but some organizations around the country actually have a problem with strong beards on their employees.

While research shows that 75% of consumers prefer working with employees in uniform, exceptions must be made for basic liberties. Yet, in 2016 alone, there were 91,503 workplace discrimination charges in the United States.

Case in point — according to Dayton Daily News — a former Premier Health security officer was actually fired for refusing to shave his beard.

The former employee, Raymond Whitsel, believes he should have been allowed to keep his job and his beard since his facial hair is part of his faith as a Norse pagan, also known as a heathen. Whitsel filed a complaint of religious discrimination with the Equal Employment Opportunity Commission’s Cincinnati office.

Premier Health stated that it does not comment on specific employees, but its campus police department has a facial hair policy that restricts the growing of beards.

“Miami Valley Hospital and Premier Health do not discriminate on the basis of religion, and we have a process in place to review and grant requests for religious accommodations in accordance with the law,” Premier officials said.

Whitsel previously worked for Good Samaritan Hospital for 12 years and was fired in late July after he refused to comply with a new grooming policy requiring security employees to be clean shaven.

“Wearing a beard is a central tenet of Mr. Whitsel’s faith in keeping with the Old Norse ways,” according to a statement from Whitsel’s attorney. “This reality has been recognized by other employers, including the federal government.”