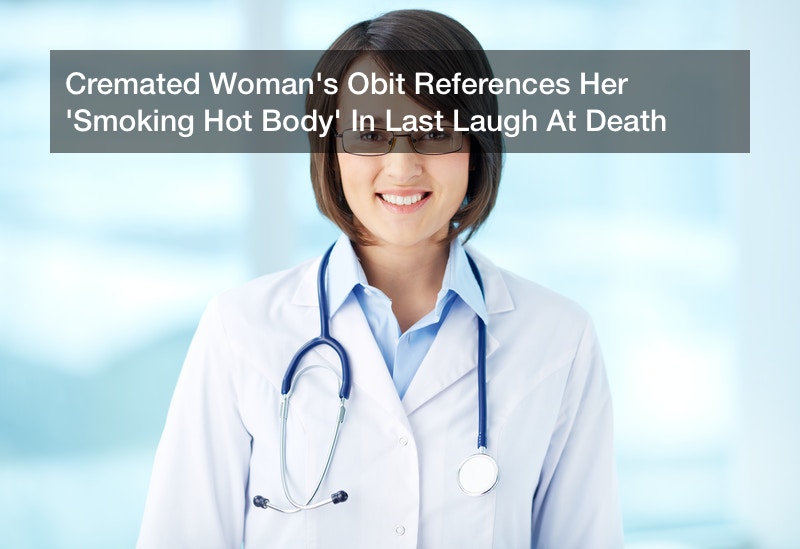 It takes a special person to have a sense of humor in the face of mortality. Death, never a sweet thing, is the most universally unavoidable phenomenon in human existence. It conjures enough discomfort and internal unease that merely mentioning it in some company can feel taboo. For all the sweeping under the rug we may do to ignore the subject of death, the inevitable remains inevitable. So it goes.

One family met their mother’s death with a little humor to celebrate the laughter that filled her life for so many years. More than half of the adult population over 50 in the United States agrees that the smile remains the most attractive physical feature as we age. The pictures of Sybil Hicks in her recent obituary prove that point unequivocally with radiant smiles.

“Mom was never boring. Mom lived large. She would do anything for anyone. It was rare for Mom not to have a smile on her face. Mom was always ready for a laugh,“ said Hick’s daughter Barbara Drummond.

Sybil Hicks passed away at 81 years old. People who spend more than seven hours every week doing physical activity have a longer life expectancy and Hicks did exactly that. An avid adventurer, swimmer, and boisterous personality, she certainly lived life to the fullest. To mark her long, laughter-filled life, her children teamed up together to write an obituary that would reflect their mother’s sense of humor.

“It hurts me to admit it… but I, Mrs. Ron Hicks from Baysville, have passed away…” the obituary begins.

It goes on to list the family she is survived by. Her loving husband who she “often affectionately referred to as ‘Horse’s Ass'” and her children whom she “tolerated over the years”. In between jokes poking fun at certain children being the favorite and turkey soup based anecdotes, she wishes her grandchildren well and recounts some of her fondest memories. But, the piece de resistance really lit things up.

“I finally have the smoking hot body I have always wanted… having been cremated… Thank you all for sharing my life with me. I am off to swim to the buoy and back. Love, Sybil.”

Nothing quite like ending your obituary making a joke about your smoking hot body post-cremation.

Jokes aside, the whole obituary does a wonderful job of summing up the life of a person whose pictures alone speak thousands of joyful words in remembrance.